NASA’s ambitious James Webb telescope was finally successfully launched. The telescope was launched from the French Guiana space station in South America with the help of an Arian rocket. The mission has cost 10 billion. The James Webb Telescope will be set even farther than the orbits of satellites in space.

NASA, with the help of the European Space Agency, successfully launched the telescope after the launch of the James Webb Telescope mission was canceled several times. The Hubble Space Telescope is likely to become inactive. Before that, NASA’s largest, most powerful telescope will be deployed in space.

The James Webb Telescope will be the new eye of Earthlings in space. NASA released a video of the launch of the telescope on Twitter. The video was viewed by millions of people. The video went viral after the launch. Announcing the launch of the mission, NASA wrote: We have launched a telescope. After this mission our vision of understanding space will change. The long wait is over. The process of this mission was very exciting.

NASA Administrator Bill Nelson said the mission would be very important. This mission will take many new dimensions in the history of space. It will help to understand the many mysteries of the universe. James Webb will be a trendsetter in developing our understanding of space.
The mission was planned by NASA in the 12th. After that, he started allocating funds from the 19th. Plans to launch in 2009 were postponed. It was then planned to launch in 2021, 2015 and 2016, but each time the mission was postponed. Meanwhile, the mission’s budget also increased from 1 billion to 10 billion. Finally, in 2021, NASA’s ambitious telescope was launched.

It will be operational once the James Webb Telescope is set up in space, about 1.5 million kilometers from Earth. The telescope will be set four times farther from the moon, and the journey up to that time will take the James Webb telescope about a month. It will take another five months after that. It is hoped that the first image will be sent to Earth six months after its launch. If all goes well in space, it will be able to work for at least 10 years. 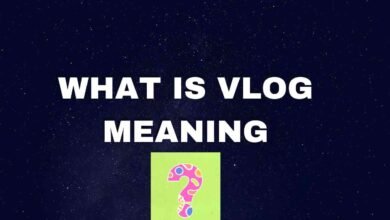